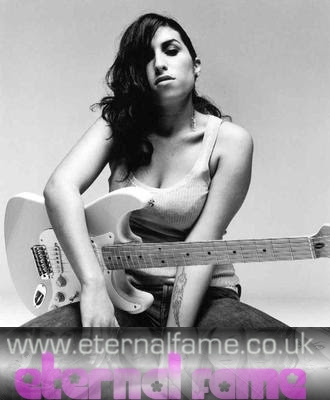 Following a reported 19 minute binge in which she snorted powdered ecstasy and cocaine. She admits (on the video) to also have "just taken about 6 Valium to bring myself down".
Later in the video she is seen taking hit after hit from a glass pipe. In between hits she mentions crack.

The video was filmed at the singer's east London flat during a house party, the night before she was due to support her husband Blake Fielder-Civil at his court appearance.
She explains to guests that she can not party too hard because she needs to be up at 8:00 am to get to the court on time.
So, this being Amy's version of taking it easy, her version of partying hard seems almost unimaginable!

Amy Winehouse has had amazing success with her best selling album "Back To Black" (no doubt to be referred to as 'Smack To Crack' or something similar after this recent story).
Amy is best known for her massive hit "Rehab", which is quite obviously autobiographical and sadly becomes more and more tragic as her drink and drug problems go from bad to worse.

Check the video below then see full story at thesun.co.uk

Posted by Weird Wonderful Web at 20:30