Cruise in the news with Scientology views! 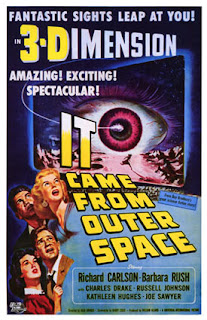 A four-year-old video has surfaced on the internet showing Tom Cruise expressing some of his Scientology views in an interview. As reported HERE by the BBC.
It also comes at a time when there is controversy (when isn't there? It's Tom Cruise + Scientology = !!!) over a new unofficial biography of Tom Cruise written by Andrew Morton and published in the US on Tuesday.
Tom's lawyers say it includes "nutty" claims such as, Tom being second-in-command at the Church of Scientology.

Now whether Tom is or isn't second-in-command, he's certainly first when it comes to commanding an audience and promoting Scientology. There are many, many celebrity Scientologists but none are so loud and proud as Mr Cruise.

So it may not be Top Gun or Mission Impossible (theme of which used in this vid) but you can watch the video here and see what you think of it.
Note; the video has been edited and some say it has been done in such a way as to make Tom appear nuts.
I don't know about nuts but he should at least get 'Best Leading Actor' for this latest release.

UPDATE: Surprise, surprise! Video recently removed from YouTube. Well fear not Cruise fans, Dailymotion has once again stepped in to save the day! (For the time being at least).