Johnny Depp has heart of gold 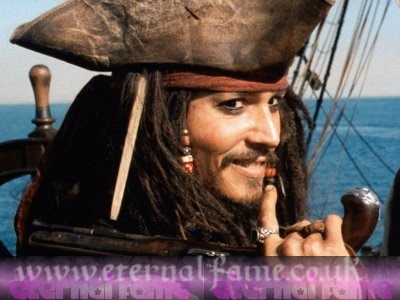 The 8-year-old boy, Mark Westwood, was fighting an aggressive brain tumour, but despite three operations he sadly lost his fight for life.
Paul Robinson, the boy's granddad said that Mark watched the 35 second video email over and over in the final days of his short life.

While Mark was being treated in hospital his parents had become friendly with another couple that also had a sick child.
The two couples supported each other through their sons' treatments. Mark's parents happened to mention that he was a massive 'Pirates of the Caribbean' fan, only to discover that their new friends were pals with Mr Depp.

Email ThisBlogThis!Share to TwitterShare to FacebookShare to Pinterest
Labels: Johnny Depp, Pirates of the Caribbean, UK