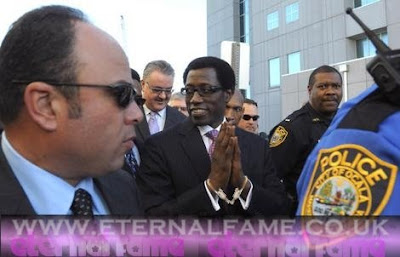 Despite giving the authorities the run-around for almost a decade, for taxes he insisted he never had to pay, Snipes wrote out, and delivered in court, three cheques for $5 million to the federal government, just hours before sentencing.

They took the money and his liberty for the next three years along with it.