Pop singer/DJ Boy George is in court for his home-made version of 'chain mail'. Although, to be more precise it should be 'chain male'.

The former Culture Club singer (real name George O'Dowd) has been charged with false imprisonment after it was alleged that he handcuffed and chained a male escort (Auden Carlsen) to a wall at his home. Accusing him of hacking into his computers at home.

The two had initially met on the gay social networking site Gaydar.co.uk. They arranged to meet for a "pornographic photo shoot". It appears that shortly after that meeting, Boy George believed Auden Carlsen to have tampered with his home computers. The singer sent him several "bizarre" emails until eventually sending an email apologising for the tone of previous emails and requesting a second meet up. It was on this second meeting that Boy George and an unidentified other man, handcuffed and chained the male escort to the wall.

Wonder if Mr Carlsen asked "do you really want to hurt me?". That surely would have tipped Boy George over the edge. Haha.

Read full story: BBC
Posted by Weird Wonderful Web at 16:27 No comments: Links to this post 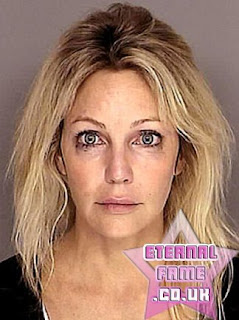 Actress Heather Locklear has been charged with a DUI.
Although the former Dynasty star did not have alcohol or illegal drugs in her system.

She was however under the influence of prescription drugs, of which, when arrested, the police said she showed signs of "obvious impairment".

The police were alerted to Locklear "driving erratically" by a papparazzo dialling 911.

For more see: LA Times - Locklear
Posted by Weird Wonderful Web at 15:03 No comments: Links to this post 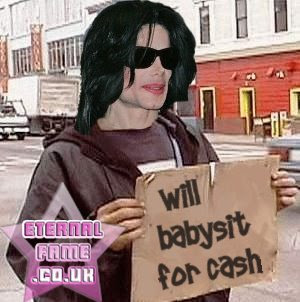 Michael Jackson has lost ownership of his Neverland ranch according to news reports.

Regular readers may remember us previously posting about Neverland going up for auction, due to Jackson's unpaid $24.5m debts on the property.

Although, as it turned out, Michael's ownership of the property got a last minute 'stay of execution', when he was bailed out of the debt by investment firm Colony Capital, just one week before the auction.

But this week Mr Jackson has transferred the deeds of ownership to Sycamore Valley Ranch Company. A company Jackson has a share in and is also said to be linked to the aforementioned Colony Capital investment company. 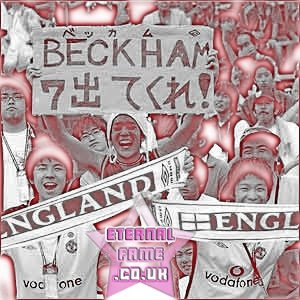 Japanese fans for David Beckham
David and Victoria Beckham do a hell of a lot of advertising endorsements. But this one is at least entertaining.

Here we see an interesting Japanese ad for TBC showing the Beckhams performing a sort of 'Bewitched' skit.
The best bit of all, is that their voices have been dubbed over in Japanese.
It's amazing how the Japanese found a David Beckham sound-alike!

Posted by Weird Wonderful Web at 13:59 No comments: Links to this post