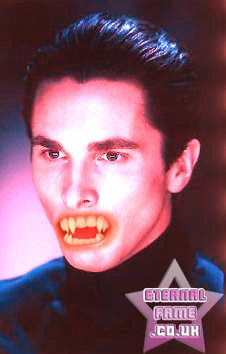 Most people will have heard all about Dark Knight actor, Christian Bale's raging rant on the set of Terminator Salvation.

And quite rightly, he has been catching some flak for acting like a violent, spoiled brat. Even though he has since apologised saying:

"I know I have a pottymouth, everybody knows that now. I have no confusion whatsoever. I was out of order beyond belief ... I acted like a punk"

One wonders how often and bad, unrecorded/unreported attacks are allowed to go on, when directed at 'replaceable' people by the 'big star' of any film or TV show.

Interestingly, it was the film execs that sent the audio tape to the insurance company that had insured the film. Just in case Bale did go A.W.O.L.

Of course celebrity rants make for good parodies and there seems to be endless comedic takes on the event. The reliable celeb bashing, Family Guy, has of course recently aired an episode where Peter Griffin is the poor sap on the receiving end of the bawling Bale. The clip has been pulled from YouTube, but (at the moment of writing) TMZ still has the clip if you missed it.

But even Marvel Comics has jumped in with an episode of their new online video series, 'Marvel Super Heroes: What the --?!'
Of which the first episode doesn't even go online until early spring. but obviously the Bale rant was too good to pass up.

Also check out just for the hell of it: RevoLucian's Christian Bale Remix - BALE OUT.
It's quite catchy, but don't blame me if you start accidentally singing in to yourself while going about your daily life. Haha

Posted by Weird Wonderful Web at 11:09